“Perhaps the most lasting and pleasurable moment for me as chairman was the annual tour of the village allotment area. One would arrive on a very pleasant summer evening to be met by members of the Allotments Committee, who with intense pride, would proudly boast of their work and conduct the tour of what could only be described as their immaculate allotments created with hard work, loving care and total commitment.”

In March 1976 Capel St Mary Parish Council purchased 5.8 acres of land along Pound Lane. The land was purchased from Tollemache & Cobbold Breweries Limited. However, prior to the purchase, planning permission was granted by Babergh District Council to the Parish Council to change the use of agricultural land to allotment gardens in August 1975.

The 5.8 acre plot was purchased for £3,500 with a mortgage and the rent fixed initially at £20 per 10 rod plot and was the amount calculated to enable repayment of the mortgage over a 20? year period.  Repayment was set at £969.84 per year payable in two instalments of £484.92 in April and November each year. As can be seen in the summaries below this was subsequently found to be illegal.

Interestingly, right opposite the allotments on the other side of Pound Lane is the former Kings Head public house owned by Tollemache & Cobbold Breweries which was built in 1878 and converted in 1969 to a private residence named Ashpound Cottage.

Initial expenditure by the Parish Council was as follows:

The recorded rents received in the first three year are:

The initial plot holders formed Capel St Mary Allotments Association in February 1977 with the view to assisting and to liaise with the Parish Council in all matters to do with allotments.

A major part of the research  was to produce a list of members who have served on the committee - this is list is now available  click here to open the file. 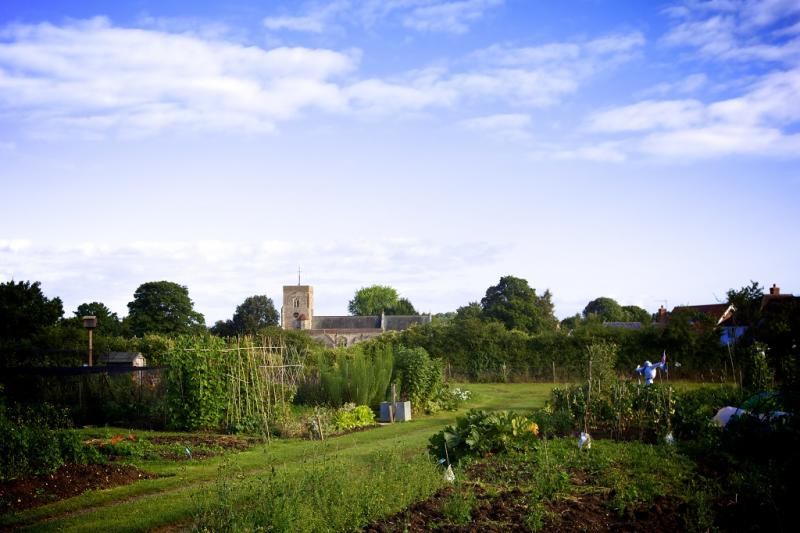 Major milestones in the history of the Capel St Mary Allotments Association:

This summary is an abstract from the full history of the Capel St Mary Allotments Association. To view the full document please click here.

Before Our Time But...

This was a little before our time - but can you remember this! Allotments during WWll

Do you have a question?