Best In Show At Suffolk Show

Following on from the success of the previous two years when the SSALG stand at the Suffolk Show won a Silver Guilt and a Gold Medal, Dennis Smith and Graham Whybrow, from Capel St Mary Allotments, were again asked to grow the plants to fill the raised beds. At a meeting of the SSALG held before Christmas Graham proposed an L shaped design with five red wheelbarrows elevated on a stand-alone plinth around an 8 ‘ high white flowered runner bean wigwam. He also suggested that two 8’ x 4’ photo boards were used in the right hand corner of the plot depicting 160 photographs taken over a 12 month period, which he had been working on for Capel Allotments web site, of vegetables, flowers & fruit at different stages of growth to give a ‘wow’ effect to visitors as they progressed through the flower tent. Ray & Tom Bedwell, Sylvie Bettsworth, Mick Webb & Pam Rushbrook would supply and display the support material, a table, chairs and sun brolly to complete the display & man the stand along with Charles & Brenda Heath, Christine Hussey, Philippa & Mike Brandon & Karen Kenny. Kings Seeds very generously provided the seeds required to grow all the plants need for the display and a box full of seed packets to give out over the two day event.
In mid-March Dennis and Graham began sowing 300 pots of plants in the Polytunnel at Capel. With many successes, and a few failures, these were tended for the next 10 weeks, thinning out & watering, sometimes twice a day. They also had trial runs of radish & cress in egg shells to get the timing right. 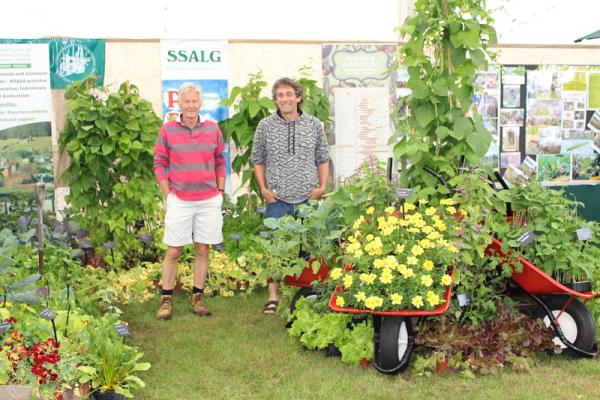 On Monday 29th May the plants, wheelbarrows and photographs were transported to the marquee on the Show Ground. Once the photo boards, support material, table, chairs & sun brolly were in place planting could begin. With Pam & Graham’s wife Sue assisting, the tallest plants: Runners, Climbing French, Sweet Corn, Broad Beans, Red Podded Mange Tout Pea Shiraz were positioned around the back of the L shaped plot & the front edged with red and cream Nasturtiums. The main areas were then infilled with Carrots, Beetroot, Onions, Lettuce, Cabbage and many other vegetable varieties. All the plants were labelled with their varieties, including the rogue Red Cabbage, in the Salad Onions, which was labelled as ‘OOPS’. The wheelbarrows on their raised plinth were filled to overflowing with brightly coloured flowers & trays & pots of vegetables. Tomatoes, Tree Spinach, Red Sprouts & 5 varieties of Lettuce acted as infill between the wheel barrows. To finish off a 6th wheelbarrow, filled with empty trays, pots, string, the odd plant & generally anything left over from a hard day planting out, was raised as though being wheeled with a pair of gloves fixed to the handles, a pair of wellies positioned for walking & Dennis created a hat, glasses & pipe assembly using fishing line & fine wires which was suspended from one of the arms of the brolly. Our invisible man caused much amusement and children had to pass their hands through his body as if to prove that he was or possibly wasn’t there. With additional pots of mixed wild flowers provided by Pam & decorative planted pots from Capel Allotments Site & a fantastic Model Allotment created by Sue & Peter Hilling. The stage was set. 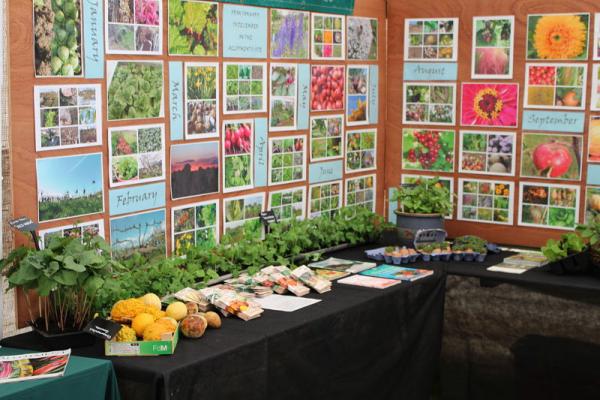 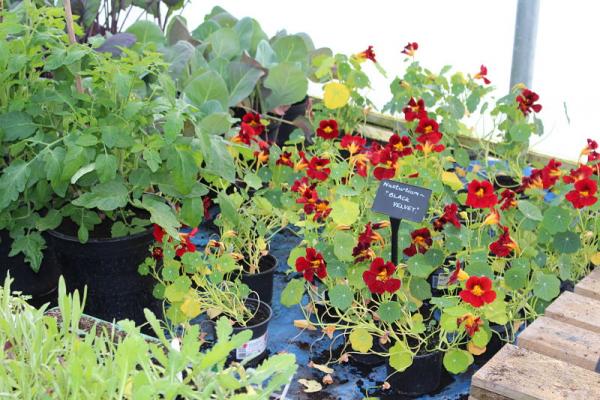 Well the judges loved it to the extent that they awarded us a ‘Large Gold’ medal and a ‘Best in Show’ cup. I don’t think you can get better than that & to say that we are pleased is a massive understatement!!!!!!! 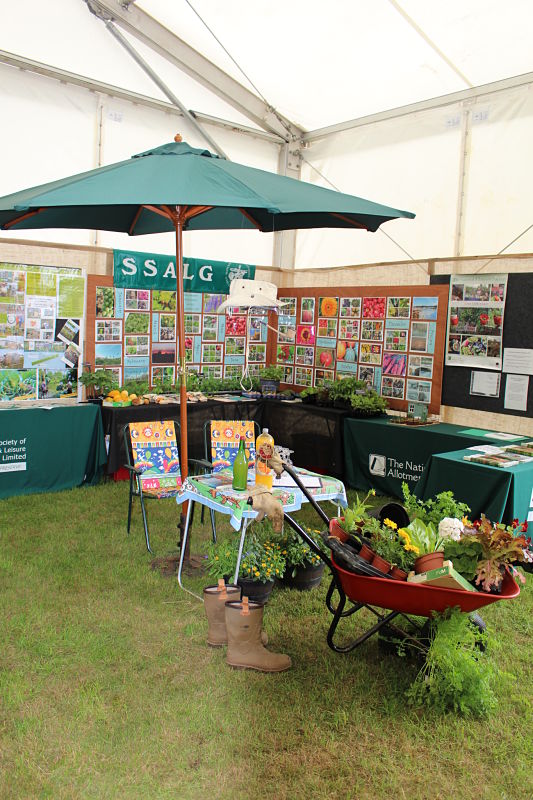 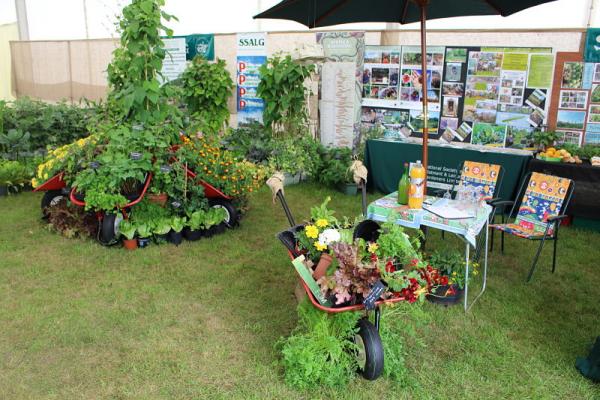